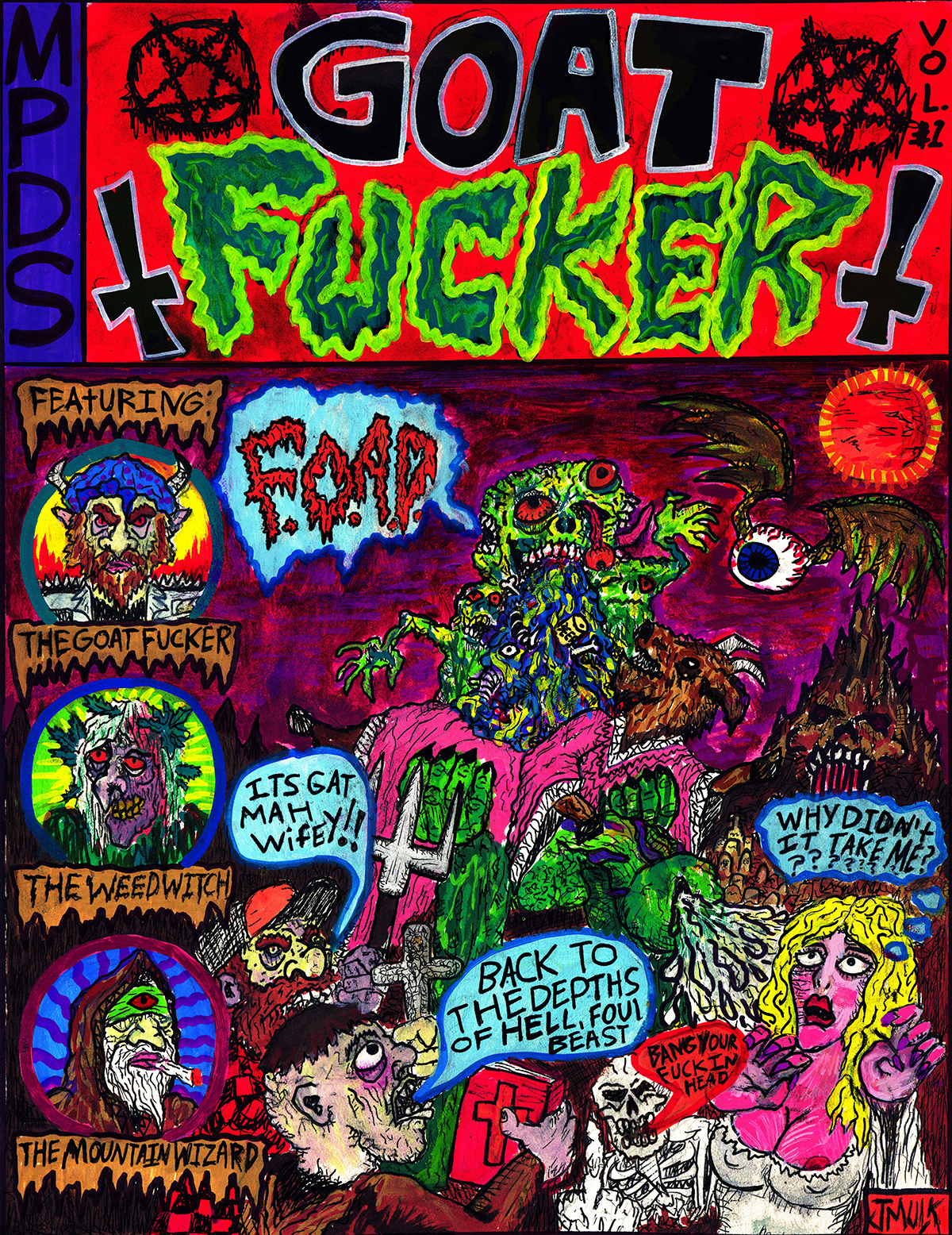 Aka Goat Fucker in viva rock vegas. This is the issue that started it. Introducing the goat fucker, the weed withc, the mountain wizard, and other characters to be placed on lunch boxes.

Jack Mulkern as master of ceremonies introduces the comic with filthy demonic over-the-top imagery on both the cover and inside. National Lampoon once famously threatened to kill a dog to sell more issues. Goat Fucker makes them look sympathetic as they attempt to blow up the sun if not sold enough issues. Next time you see an issue of Goat Fucker for sale, consider this threat. Unless of course you are like me and want to see the darkness reign.

Jack also teams up Rob Steinberg for the comic Krillboy, an epic tale about shrimp being placed into a skin sack, forming a collective consciousness, and using it’s new found life as a human looking for drugs. This story is unrelated to another story I’ve meant to write about an animal who becomes addicted to plastic surgery eventually leading to people mistaking the animal for human. Now the animal must begin it’s new wacky sitcom life in New York City!

Randall Wayne Parker creates a ritualistic where’s waldo like center page spread. Everyone is naked, holding their genitals together, makes one look up from the comic to stare at their friends and wonder why they aren’t having the same amount of fun.

Suuiimorb Ecnad brings us knowledge about occultism and the tree of life. Get your highlighter out.

Magda Piech gives us an illustration of S&M and animals. The great thing about this piece is that it can be used to validate the two “problems” people supposedly had with the zine. The first problem was that some people actually accused this issue of being misogynist, and this is the closest the issue gets to treating women horribly so it can give those uptight people validation. Even better than that is the people on the internet who were upset to find out that goat fucker is not actually a magazine about beastiality. Magda’s art will at least satisfy them because she makes animals look pretty hot.

Ryan Bock delivers a surreal drawing of a goat and checked prints, telling us that life is a game and we are pawns being moved for the greater goat.

Peter Hillstrom draws a four-way between a man, a woman, a fleshlight, and a flashlight. I honestly have nothing to add to this.

Furless dishes out a four forearmed creature who shits after they shower. This is truly not a human creature because all humans shit before they shower.

Keep on offending people! This issue was approved by the comics code authority.

Seed of The Goat.

The Goat Lord saw lameness, and knew it was bad.

Horrifying enough to dissuade the Meek.

Powerful enough to attract the Mighty.

A Vessel of Epic Radness. 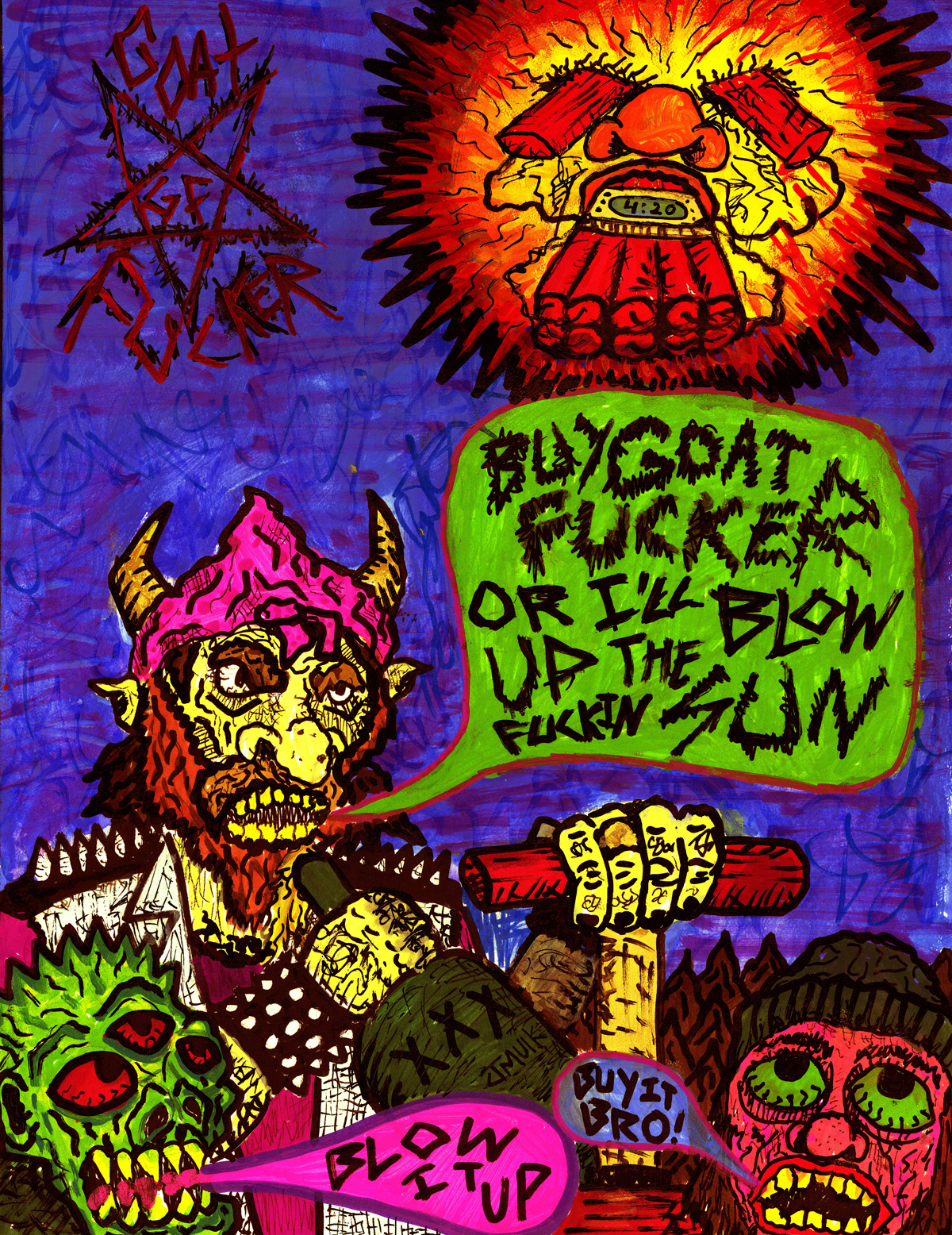