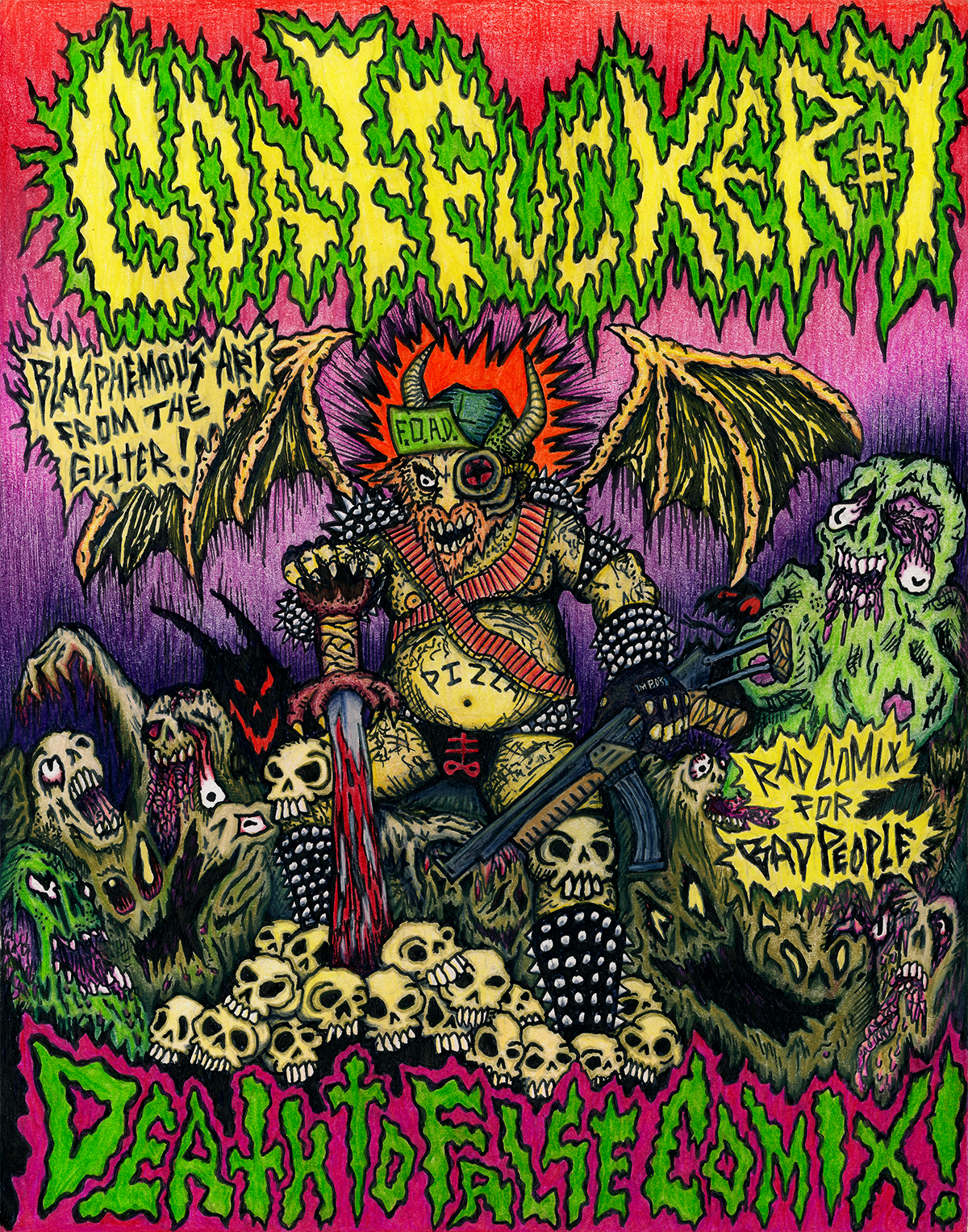 Issue number 4 is the most nastiest and heinous issue yet

You may want to disinfect your hands after reading this one. The most darkest of these artists are unleashed. If the “Seduction of the Innocent” has taught us anything, reading this zine will turn your children into anarchist homosexuals.

Chief editor and cover artist Jack Mulkern creates drawings that mixes weed with decayed bodies to a point more trippy then the 2001 film “How High” ever could. His comic Demon Destructo is more warped that a Frisbee in a microwave. He also tells of dope grind and metal albums released this year.

Randall Parker dishes out another disturbing Where’s Waldo centerfold, his freakiest one to date. He escalates police riots by having various members of the Goat Fucker family set the riot squads running. Randall Parker has shown us that his spirit animal is a bunny as his art lays some serious Easter eggs. A bunny of course, from Watership Down.

Lots of movies recommendations are made by the art of James Looking Bill Jr. as well as drunk movie reviews by Rob Steinberg. The reviews feature some local, some horror, some explicit, all great for showing your sensitive side. Beavis and Butthead sleestaks ensue.

Will Frank and Karl Demolay give us a break from the morbid with a tale of the holy trinity saving the day. Also dicks.

Cheese Lord Comics artist Jon Lennon shows us his deepest fantasies which all include tears.

Speaking of people around the world, I was thinking of people who live on the borders of the map again. It must get very confusing when someone is sailing in the Pacific Ocean and they are told to go east. By east, do they mean the universal direction of east? Because when you are out there the “East” is also what you will reach if you head west.

If you think that’s bad, just imagine the messengers before planes were invented. People would not only have to constantly travel across that confusing ocean, but sometimes just so you can give a message like “This rich person wants to buy spices from you” or “The President thinks you suck for that trade tax”. This poor messenger has to travel for months across the Pacific and back just to hear yes or no answers. By the time they return, what if they forget the message? That guy will totally feel like a dumbass.!

"Pork is so ahead of the game, they're reviewing issues from the future." 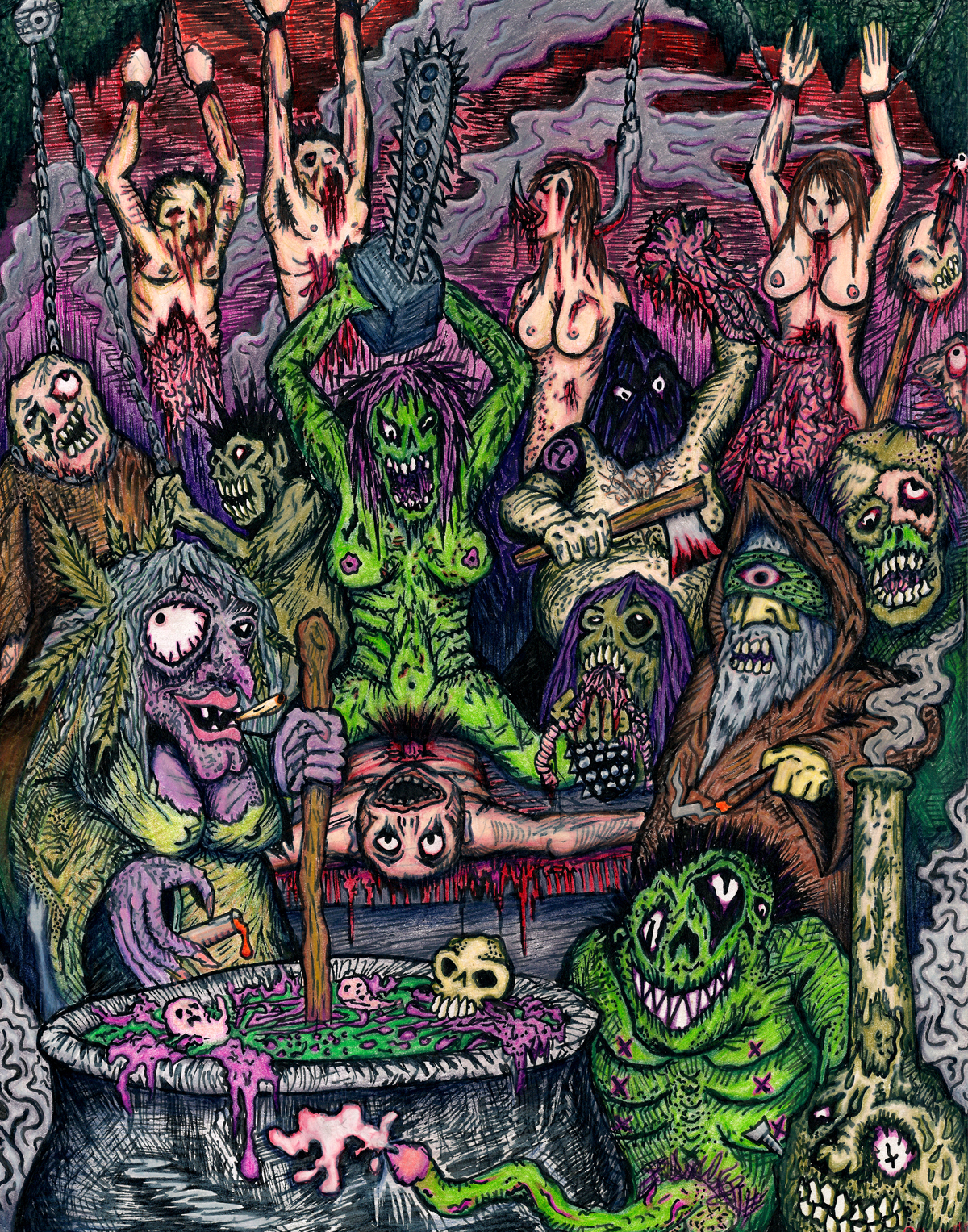 Will Frank with
Karl Demolay